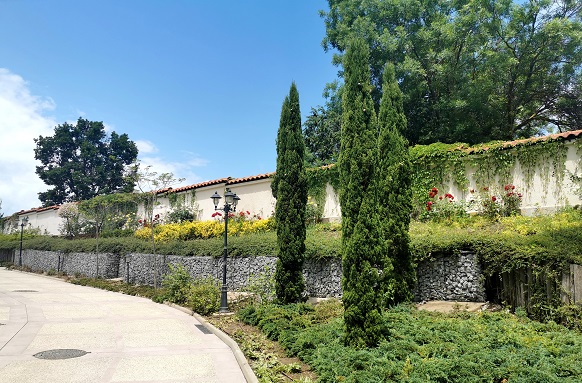 We present to you a solution for supporting structure, provided by VJF Engineering in a resort complex located on one of the most attractive places of the Bulgarian Black Sea coast – Oasis, Lozenets.

The problem that the VJF Engineering team faced was the restoration of an existing retaining wall made of wooden elements, in which the rotting processes that took place over time led to the landslide of individual segments of the supporting structure. 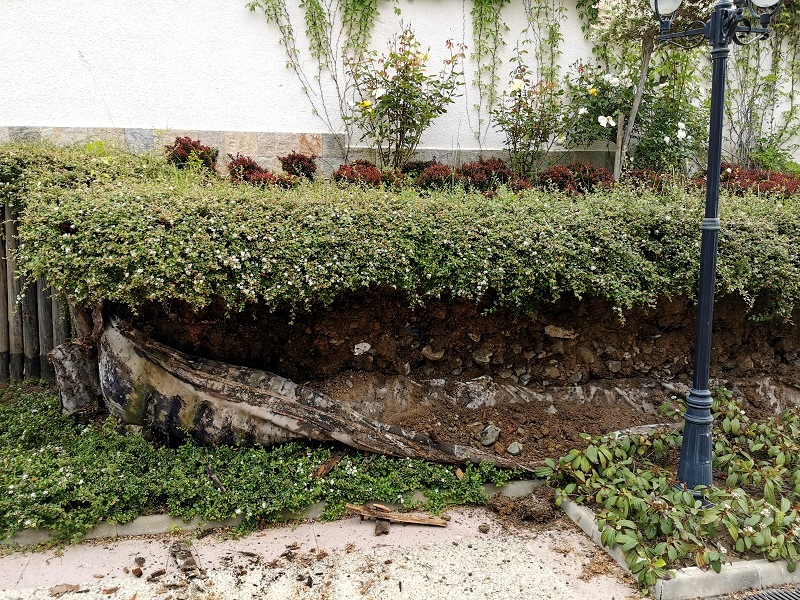 VJF Engineering provided a solution for the construction of a retaining wall with a length of 100 meters, preserving the integrity of the existing vegetation and the already built architectural and infrastructural elements, as we harmoniously integrated the new retaining wall to the overall vision of the resort.

The solution is a specially developed detail, allowing the restoration of the retaining wall through a structure of electrowelded gabions and at the same time preserving the existing vegetation. A ‘ground anchor’ system was used to further stabilize the structure. 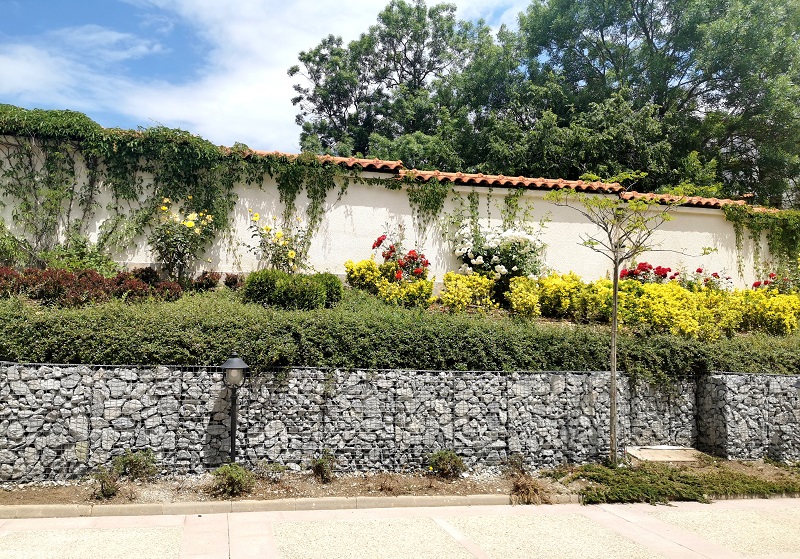 To achieve a finished look of the supporting structure, a natural material is used again, which completely fits into the environment. The stone used on the site to fill the gabions contributes to achieving a unified architectural image.

The installed gabions have a high level of corrosion protection, guaranteeing resistance over time, without the risk of compromising the structures and the vision of the park space. 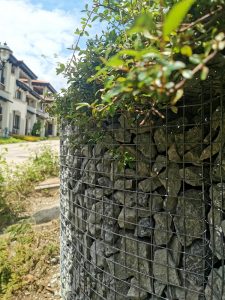 The gabions, which are three-dimensional structures made of electrowelded nets of different sizes, which VJF offers, are suitable for various architectural and landscape applications:

VJF has the ability to deal with challenges that require landscaping solutions that increase aesthetic value and sustainable construction.

Further information on landscape systems and solutions can be found at www.vjflandscape.com or by contacting landscape specialists at VJF offices in the country.